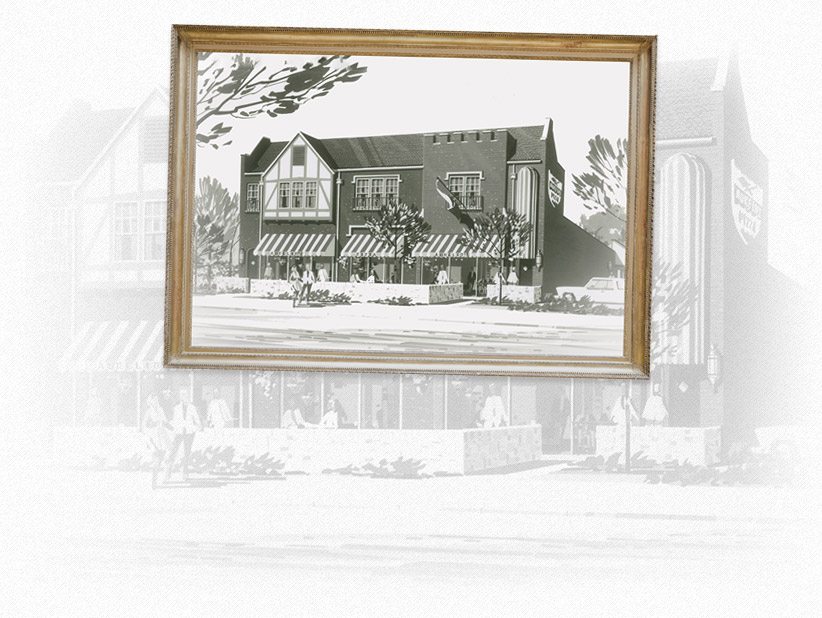 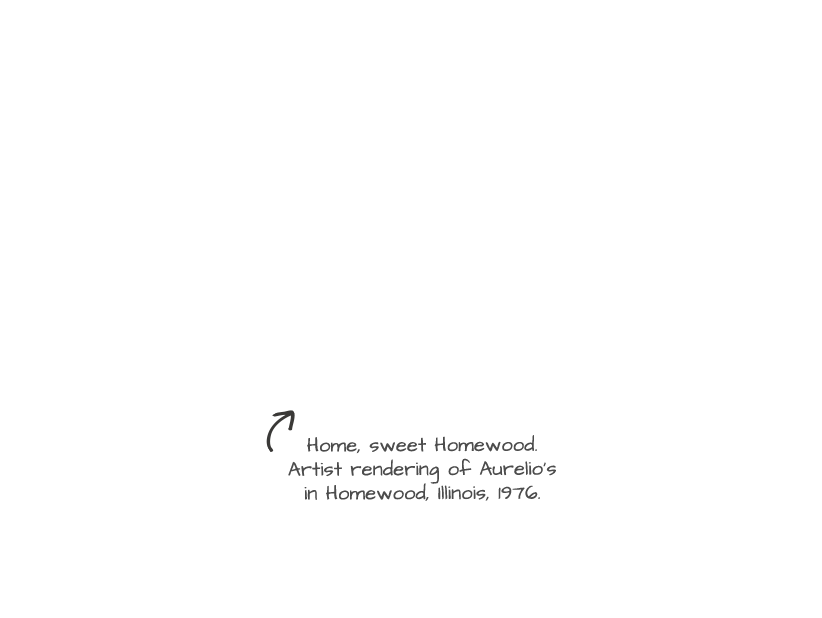 On August 20, 1959, the first Aurelio’s Pizza® opened its doors at 2041 Ridge Road in Homewood, Illinois. This small storefront had just enough room for about 4 tables and a small kitchen with one pizza oven. In 1959, pizza was a relatively new concept. Joe would sell 6 or 7 pizzas a day, but Joe’s home cooked Italian beef sandwiches kept him going. Joe made some changes to the dough and sauce recipe and began using fresh, homemade Italian sausage rather than pre-cooking it. These changes made quite a difference and pizza sales began to grow. Joe persevered by working 7 days a week, as cook, waiter and delivery guy, while building his reputation and customer loyalty…day by day, one customer at a time. 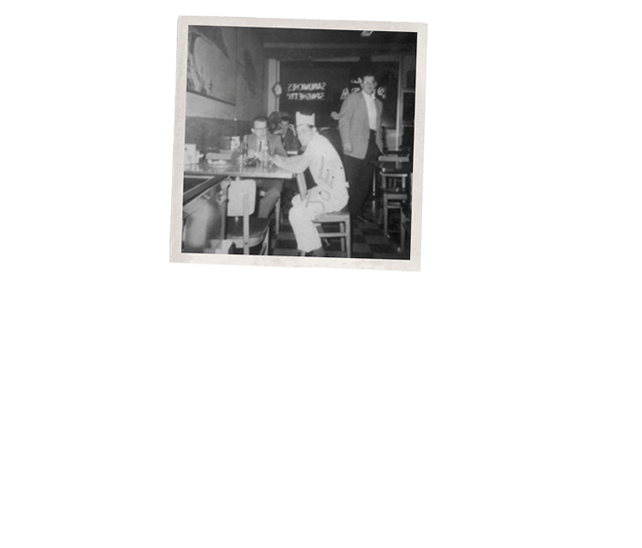 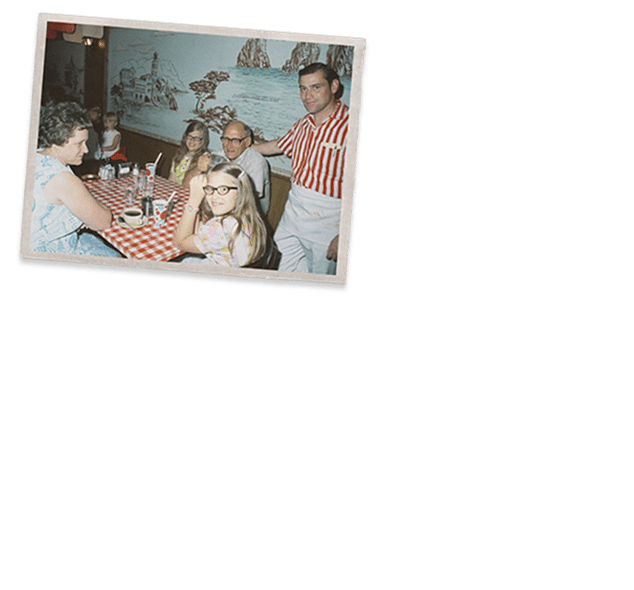 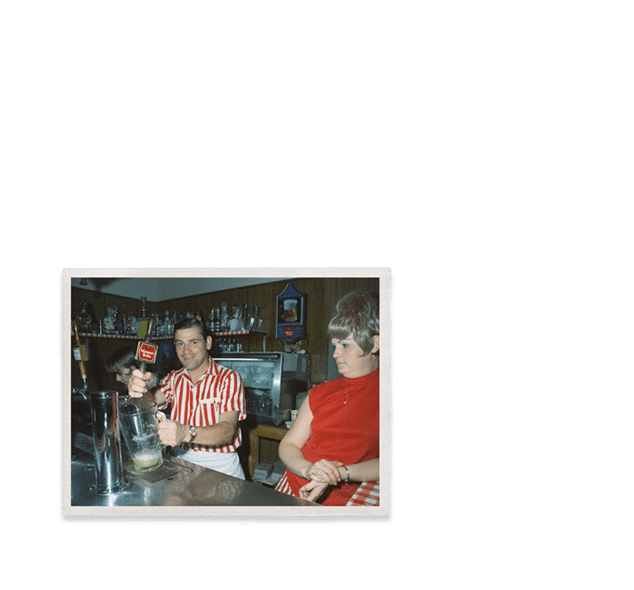 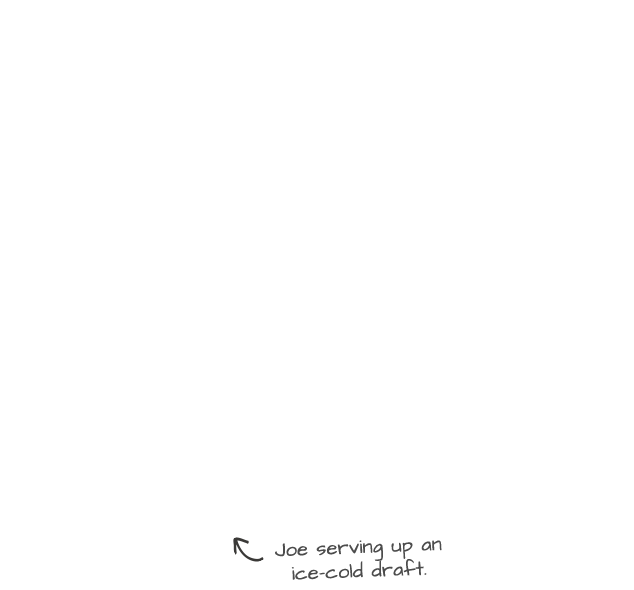 It wasn’t long before Joe’s pizzas caught on and he needed to expand his kitchen and dining room. As luck would have it, the two adjoining store fronts became available. In 1962 Joe rented the store fronts at 2045 Ridge Road, which once housed Shreiber’s Hardware. The first expanded space housed the new kitchen and bar, which was set up for adults and smaller groups. The other half was geared towards parties and the teenage crowd, equipped with a jukebox, large picnic table type seating with the iconic, red and white checker-top and walls covered in news headlines. Joe was always present, whether in the kitchen making pizzas or walking the dining room visiting with customers Joe always made you feel welcome. Everybody felt they personally knew Joe and that’s where the slogan, “Tell ’em Joe Sent Me” originated.

In 1974, Aurelio’s Pizza® became the first Chicago pizzeria to franchise its concept, becoming just the 5th pizza franchise company started in the United States. The first expansion was located in Joliet, Illinois. That same year, Joe also opened a corporate store in Scottsdale, Arizona and later, the iconic, Aurelio’s is Pizza shield® was introduced. In 1976 Joe purchased an old, barrel roofed warehouse, built in 1927, just two blocks away at 18162 Harwood Ave. in Homewood, IL. Joe had it decorated in all rough-sawn cedar and Tiffany lights, creating a one of a kind pizzeria and dining experience. The walls and ceiling were covered with vintage stained glass, Chicago artifacts, antiques and multiple levels of seating. After a year of construction, the flagship restaurant was completed in December 1977. The 16,000+ sq/ft south suburban showpiece, the world’s largest pizzeria, opened its doors. Thousands of customers each week came to Aurelio’s® and created the traditions and memories that have carried over many generations. 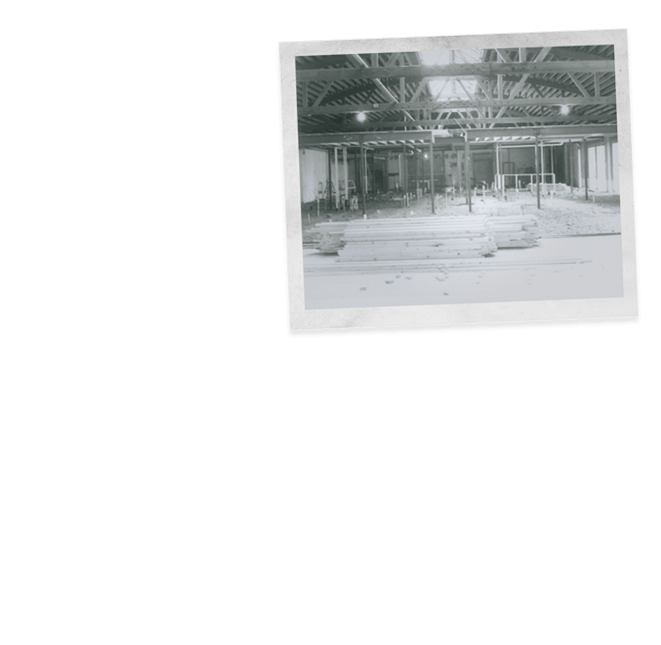 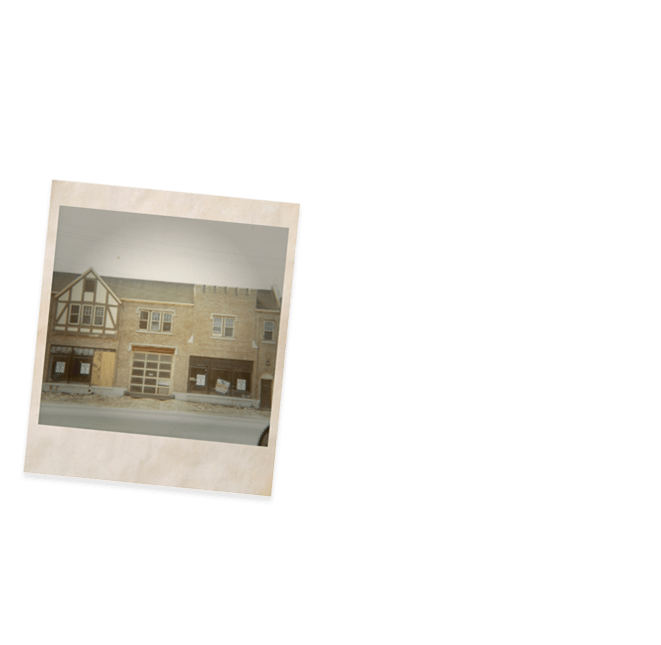 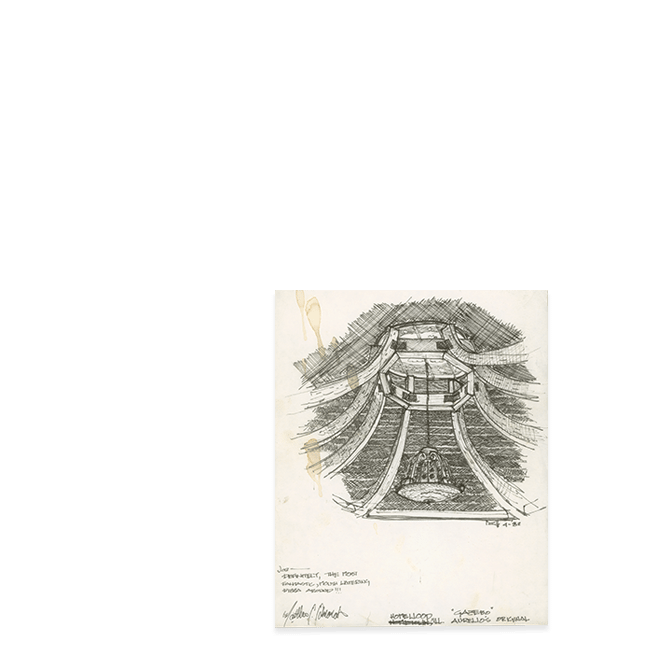 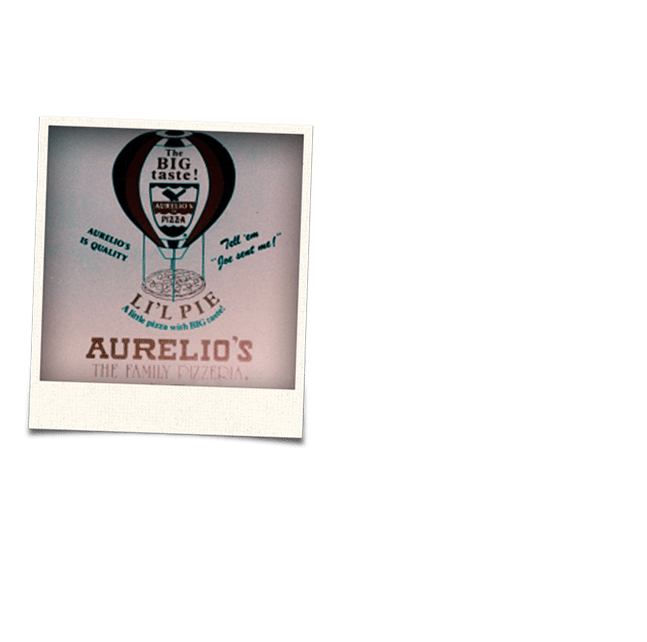 The 80’s were one of Aurelio’s® most productive decades of franchise expansion, with ten locations being added in 3 states. The great taste of Aurelio’s® spread around south-suburban Chicago and into Indiana and Minnesota. Restaurants opened in Tinley Park, IL, Richton Park, IL, Palos Heights, IL, Roseville, MN. Chicago Heights, IL, Portage, IN, Valparaiso, IN, Crown Point, IN, and Crete, IL.

The 6″ Lil’ Pie was introduced in the 80’s to cater to the lunch menu, schools and sporting events. Joe created the Lil’ Pie 6-Pack carrier, where a customer could buy 5 Lil’ Pies and get the 6th for free. Another big introduction was Mama Aurelio’s Spinach Calabrese®, an Aurelio family recipe handed down from generation to generation. 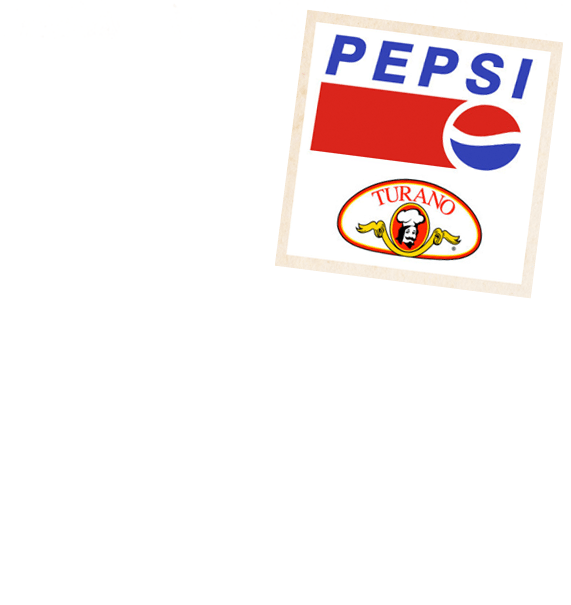 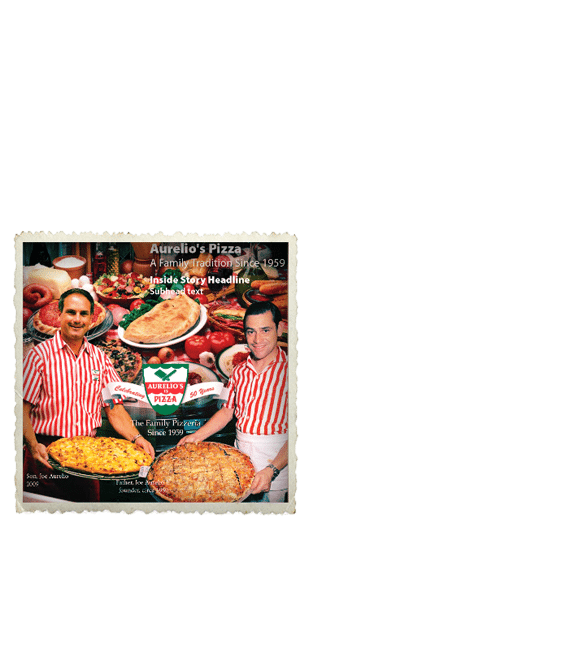 On December 18, 2001, a sad day in the pizza world, Founder, Joseph A. Aurelio Jr. passed away after decades of heart trouble. He leaves a legacy of a young, determined entrepreneur who built a pizza empire, one customer at a time, focusing on quality products, hard work and kindness. He will always be remembered for his love of life, his philanthropy, his support of the community, and most importantly, for creating the best pizza on the planet. It was now time for Joe’s only son, Joe, to run the family business.

On August 20, 2009, Aurelio’s Pizza® celebrated their 50th anniversary in business. To celebrate this milestone, individual celebrations were held at each franchise location in the Around The Chain in 80 Days event, culminating in the “1959 Pricing Night” where all locations sold pizza at 1959 prices.

So far, this decade has been about increasing brand consistency, improving customer service and preparing for an increase in franchise growth. Aurelio’s® has been leveraging the use of technology and social media to meet those ends. In April of 2010, Aurelio’s® launched their Facebook page, with over 100 friends being added the very first day. Today, there are over 28,000 fans of Aurelio’s Pizza® following us on Facebook. New technology is being used at the store-level, in the form of new Point of Sale systems, which integrates the new, “Joe Sent Me Rewards”, a huge part of our newly released smartphone app. In 2013, Corporate Aurelio’s® implemented a new Quality Control Program to increase brand consistency and customer service satisfaction throughout the franchise system, and so far, the results have been positive. 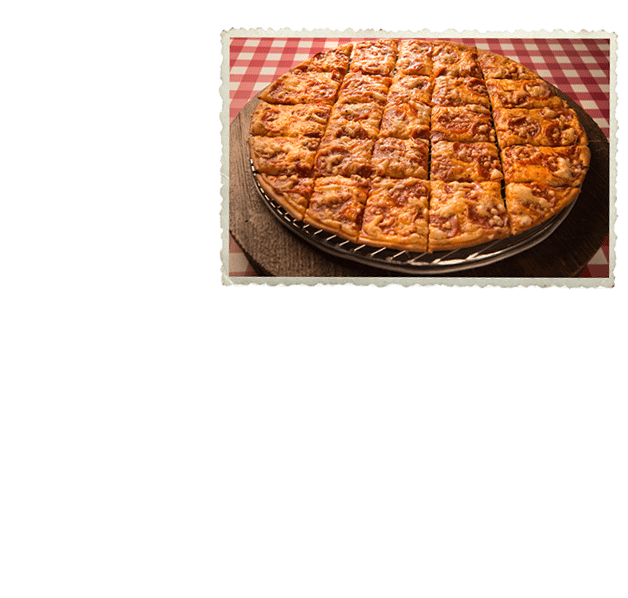 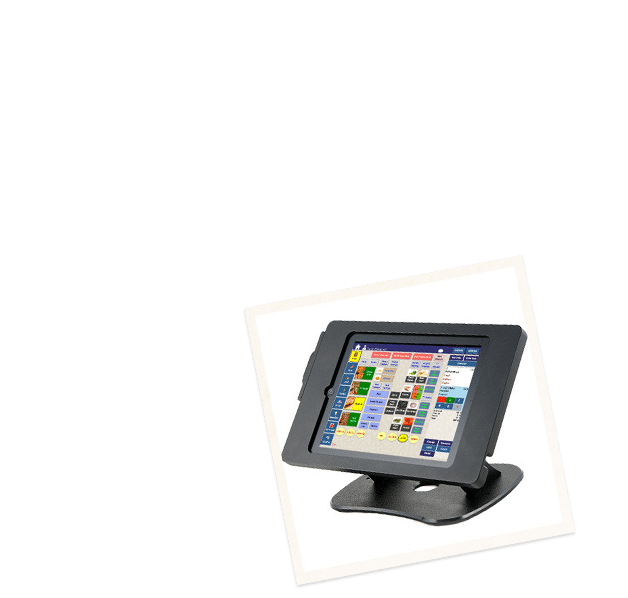